Ahead of a visit to Athens on Thursday, French Finance Minister Pierre Moscovici has expressed his government’s full backing for Greece’s membership of the eurozone but stressed the need for Athens to push through reforms and regain credibility with its partners.

Moscovici is due to meet Prime Minister Antonis Samaras at 2 p.m., Finance Minister Yannis Stournaras at 3.15 p.m. and Development Minister Costis Hatzidakis at 4.15 p.m. He also has a meeting with PASOK leader Evangelos Venizelos scheduled for 5.45 p.m.

Why have you decided to come to Greece ?

I wanted to be close to the Greek people and to the Greek government in these difficult and important times. What is happening in Greece is not just about Greece, but it is also about our common future in Europe. Therefore there are two messages that I want to insist upon. One is about solidarity in a very deep, difficult crisis : To us, there is absolutely no question that Greece belongs fully to the monetary union, and that we are committed to do what is needed to ensure that it holds its place among us. This is why the Euro area has already committed unprecedented resources to the assistance programmes, and has also commissioned technical assistance, reprogramming of European funds and other resources to support the efforts made in this context. Second, it is of paramount importance that the Greek government now delivers the reforms that it has committed to implement ; we want to help, but this is only possible if Greece convinces its European partners not only that there is a will, but that decisions are also made and implemented. This will rebuild credibility, which will rebuild trust and help create the conditions for recovery.

Where do you and President Hollande see the eurozone a year from now ?

Our goal is to build real and long lasting solutions, on the basis of the June European Council, during which decisive choices were made : first, a renewed emphasis on the need to create conditions for growth. Second, a commitment to stabilize the Euro area by breaking the vicious circle between the banking crisis and the fiscal situation of Member States, and thus containing contagion. Third, the launch of a roadmap for a more efficient union, which, as President Hollande said, should be anchored in principles of integration and solidarity. We see room for improvement and we need stronger measures to support economic growth, an effective banking union, real political and budgetary coordination among Member States, and a social union. We will plea for an ambitious agenda, so that we can escape from a short term vision and build a vision for the future of all the Europeans.

Can you describe the substance, and the atmosphere, of the recent meeting or President Hollande with Prime Minister Samaras, in which you participated ?

The relations between our two states and governments are built on confidence and solidarity. PM Samaras was very clear and precise about the intentions of the Greek coalition to take responsibility in the implementation of reforms and this was very favourably received, not only in France but, I think, in all the meetings he had with other counterparts in Europe.

How do you view a haircut of Greece’s official sector debt, which would help the country return to a sustainable path ?

We do care very much about debt sustainability. In fact, all our efforts so far have tended to bring Greece back on a sustainable path. But again my point is that we are ready to help, but we can only help if Greece gives us the opportunity by regaining some credibility.

Is it only Greece that was not doing what it should, or is it also the program itself that feeds the unprecedented recession Greece is experiencing ?

There is no doubt that there were mistakes made in the past but this is not what the euro area assistance is about. Greece was on an unsustainable path and the program is setting out reforms that are indispensable, although very difficult, to create the conditions for a sound recovery of the Greek economy. It is also plainly obvious that the crisis is worse than expected, in great part because contagion has spread to other countries in Europe. But one should not lose sight of what the aim is, here : the reforms that we are calling for are designed to make Greece more competitive, to make its public administration more efficient for citizens and businesses, to improve tax collection in a fair and transparent way, to recreate confidence in the economy. When all these reforms are implemented, they will start delivering improvements that will reveal the growth potential of the Greek economy. This is why national cohesion to support these reforms is really important.

How active a role should the ECB play ? Should it buy bonds in the peripheral markets ?

The ECB is independent ; it is not up to us to prescribe what it should do. But I fully share Mario Draghi’s assessment that the integrity of the euro area is part of the mandate of the ECB and that it will take whatever measures are necessary to preserve it. This is a commitment that the whole euro area has taken.

Have French companies expressed specific interest for investing in Greece, and if yes, in which areas ?

I have no doubt that French companies see the potential in the Greek economy – that’s what they tell me. This is only a matter of credibility : when commitments are implemented, confidence will be anchored in real action and businesses will find a basis to grow.

You were Minister for European Affairs when Greece entered the eurozone. In hindsight, was it a mistake ?

Of course not. That was an important decision we all took and on which the government I belonged to especially insisted. It was and it remains a political necessity that Greece belongs to the eurozone. Again, Greece must now show that it fully takes into account the needs of such a membership. But this is also why we need to work on the roadmap for a genuine union and design, beyond this crisis, a vision for the future of all the Europeans. 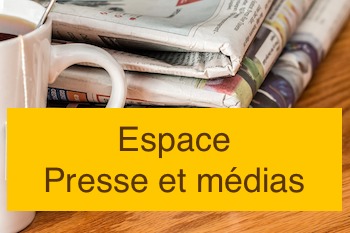 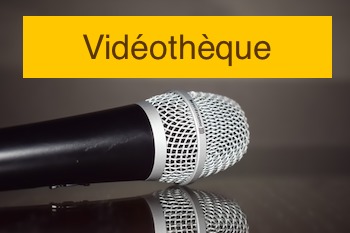